The limits of my language are the borders of my world. 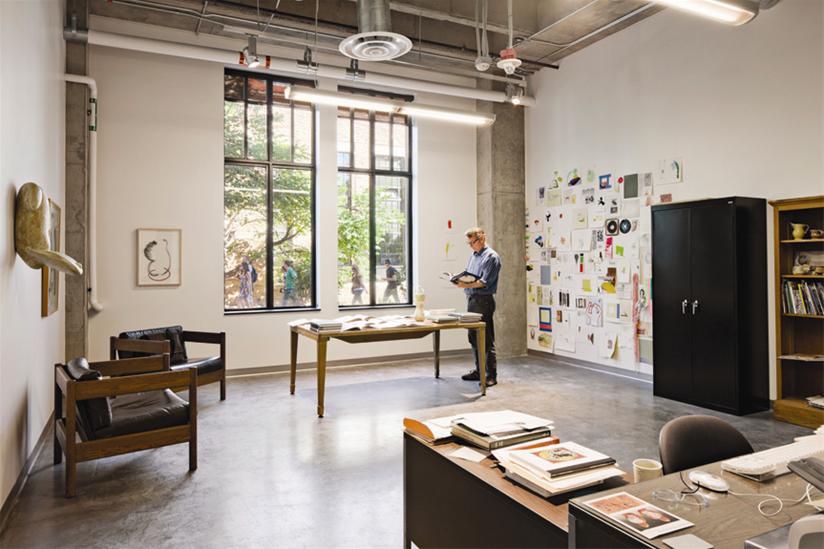 Hans Harald Huber. How does an American get such a German name?

That’s easy to explain, my parents came to America from Germany in 1963. My father is an architect and he received an offer from KMW Architects. They were building the new modern city hall in Boston at that time. That’s where I was born and I am, in my heart, but also linguistically and culturally, both German and American. But our family has had close German-American relations for six generations, many of my ancestors have crossed the “big pond” – in both directions.

As a student, you had been in East Germany, even before the Berlin Wall came down. Why?

Quite simply, as an exchange student with Tufts (1985) and Georgetown (1989). Through my family, I have always had a close relationship with Germany, but anyone seriously interested in Germany’s people, its language, culture, and history cannot just focus on Frankfurt, Hamburg and Munich, but also should have seen Dresden, Weimar and (East) Berlin. Being curious about the country and its people is a prerequisite for a good translator. It was also here, in the former GDR, that I met my wife. She was a student from Bulgaria in Magdeburg. And then the Wall came down!

You are a translator, but have also studied journalism and international relations in addition to German and English linguistics. How does that fit together?

Very well, indeed. Translation is much more than the transfer of words from one language to another. A good translator must not only know the vocabulary, he must also be familiar with the cultural characteristics of both the source language and the target language. He must be able to formulate the facts in the target language accurately and at the appropriate level of sophistication. Just being able to “speak” the language – the emphasis here is really on “speaking” – is simply not enough. An academic education is a prerequisite in most cases. Only then is a translator able to overcome linguistic and cultural stumbling blocks and fully achieve the ultimate goal of a translation for his clients.

And that would be?

Hardly anyone translates texts just for fun. Especially business-related texts have a defined goal: they should convey a message and trigger a reponse among readers, for example, the purchase of a product or service. Therefore, it is always a good idea to get translators involved in a translation project as early as possible. Client can thereby fully benefit from the translator’s experience and expertise.

Why is this so important?

The Internet is full of examples of awkward translations, for example, on menus abroad. However, while an erroneous translation may be amusing for a tourist, it can quickly become dangerous for a business. In the most harmless case, the translation does not reach the attention of the reader, but, at its worst, a falsely translated product or service description may lead to accidents, damages and the loss of good standing among customers.

Languages are often compared with bridges. What do they have in common?

A student who wanted to improve his Business English once told me why: “Without English, the world is so small.” He is absolutely right. Languages can build bridges between people, nations and cultures, but also between companies and their clients. If language fails, this becomes a true barrier.

In a globalized world, this can be annoying for a private person, but for professionals, language skills are a basic prerequisite.

Can you give an example?

Yes, especially from the time just after the Wall came down. At that time, the people in the GDR also had to cope with a new foreign language. While Russian had been their first compulsory foreign language in the classroom and in trade relations within the Eastern bloc, these language skills suddenly became nearly superfluous. Anyone seeking access to the world market or employment after 1990 had to – in addition to all the other major changes – also undergo a linguistic reorientation. During this time, my work began with a small team as a translator and interpreter. In a sense, therefore, we have also helped to break down barriers.

Or take an example from the private sector, we have all experienced such situations. For example, in Magdeburg, I sometimes meet Japanese tourists, and they want to learn more about the city. If these tourists only speak Japanese and I only speak English or German, then dialogue is impossible. The same is true for students who come to Germany. Therefore, Bergakademie Freiberg has now initiated a prize-winning project named “Language is a bridge” which seeks to provide support to foreign students in Germany. Projects of this nature should be available at all universities and colleges, including Magdeburg.

Language is then no longer a barrier but a bridge.